YAHAHA: A new up and coming engine to begin your game developing journey.

Any avid lover of videogames has, at one point, wondered to himself:

"What if I wanted to make my own videogame?"

And the answer to that, as they would soon find out, would be far more complicated

Videogames as a medium are very compounded, which is to say, they encompass a very broad spectrum of professional areas: from audio, to film, to story writing, world building, design, programming and more. And even so this can vary quite a bit, depending on what kind of videogame you want to create.

Most people would be naturally drawn to the 2 big free game engines on the market: Unity and Unreal. But even so... newcomers that boot up either engine are sure to be at least a bit overwhelmed just by the interface alone. 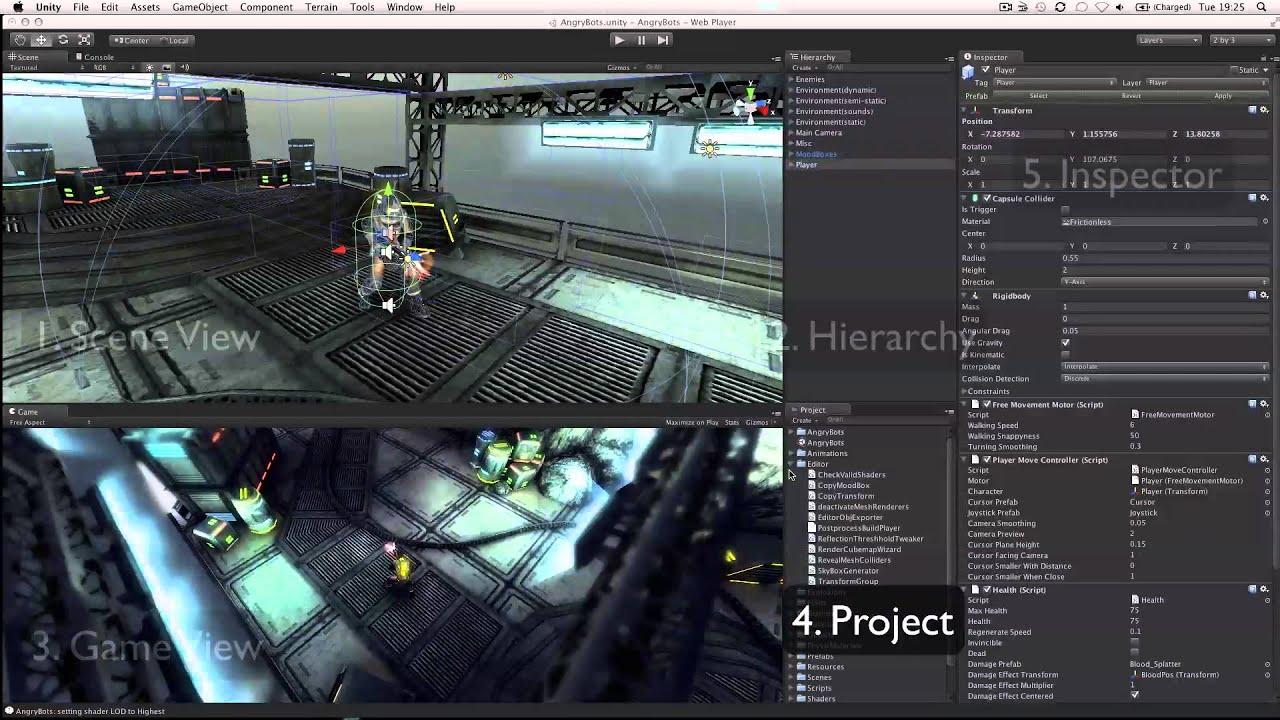 This is what YAHAHA seeks to change: to lower the barrier of entry to the game development scene with a greatly intuitive engine that is easy to pick up, and backed by an active community of creators.

Although still in an early stage, YAHAHA allows users to use a vast and varied asset library to start projecting their imaginations into something tangible and, in fact, playable. 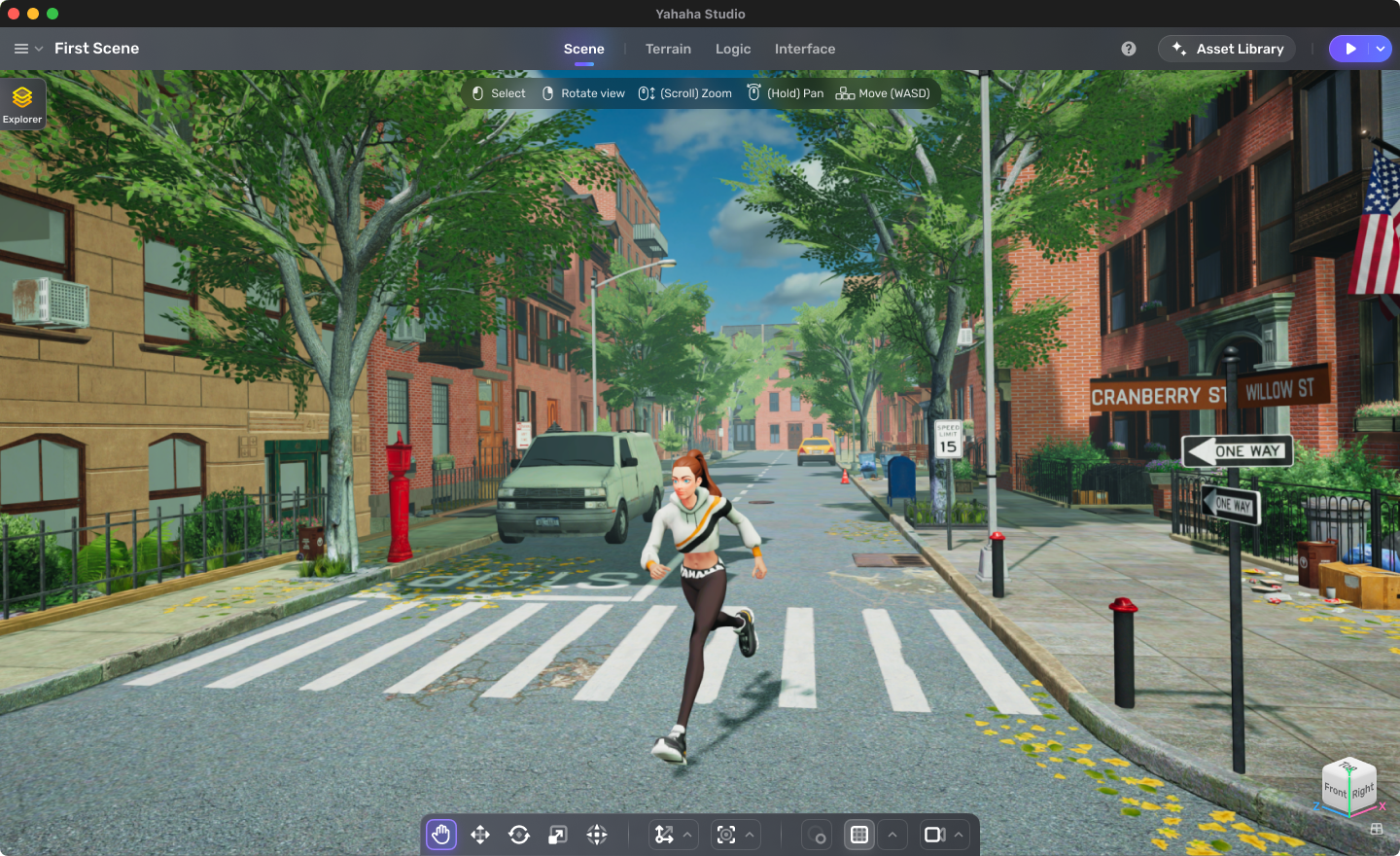 The engine currently features several functions to implement in your game objects, such as moving objects(rotating, translating and scaling), repelling other objects on activation, an inventory system and more, all without adding a single line of code. 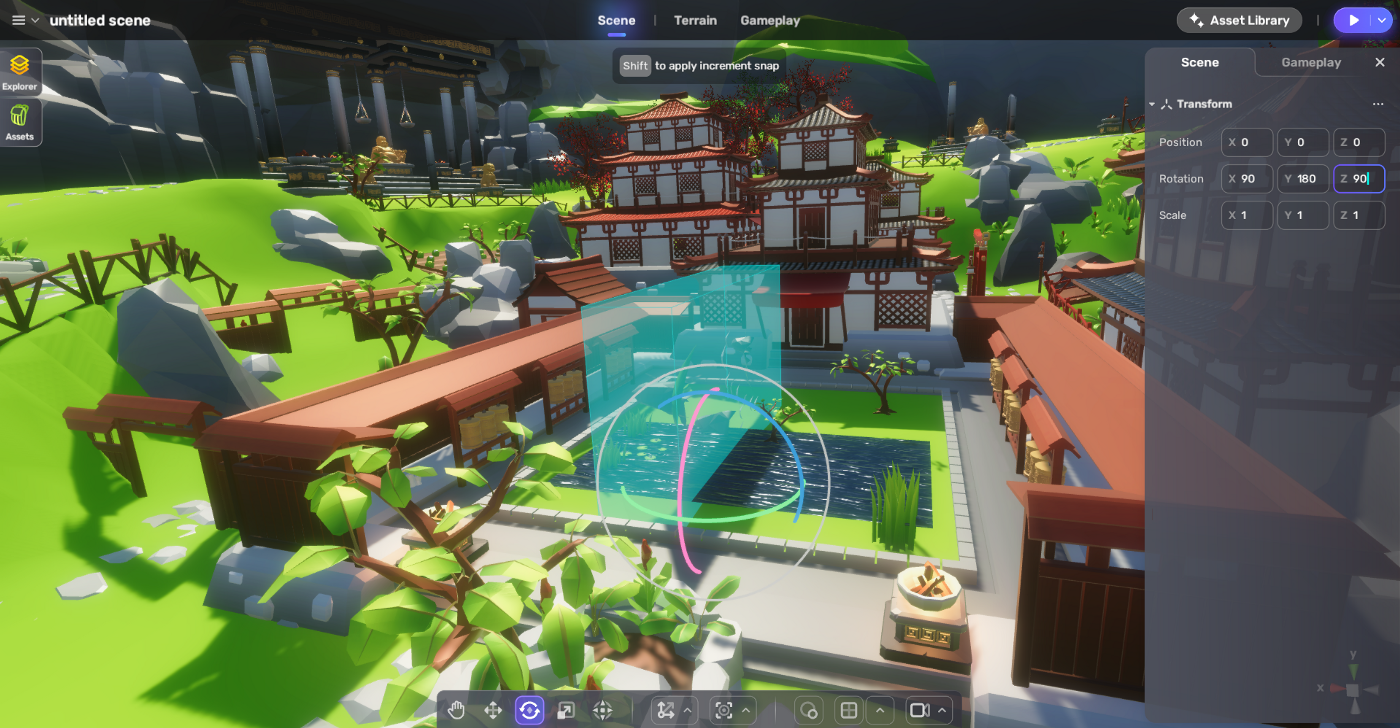 Also featured is a Creative mode, where users can create sceneries of various aesthetics, and even graybox level design, if they so desire. All of this is free to anyone who’s looking to start their game development journey, with many more features being added constantly and many more to come!

Adding to this, users are free to publish their creations on YAHAHA and even explore other creations by other users, contributing to the creation of a metaverse within YAHAHA’s own sphere.

YAHAHA is based on and compatible with the Unity game engine. This means that, for newcomers, it is a great starting point if they are looking to cross the bridge into Unity, and for veterans, it is an opportunity to take their learned Unity knowledge into YAHAHA’s metaverse.

Cereal Games has started working with YAHAHA’s team on creating and testing this platform and is excited to see the direction this budding engine is taking. We’re glad to be involved this early in YAHAHA’s development stage and look forward to seeing, testing, and using all new developments that are on the way! 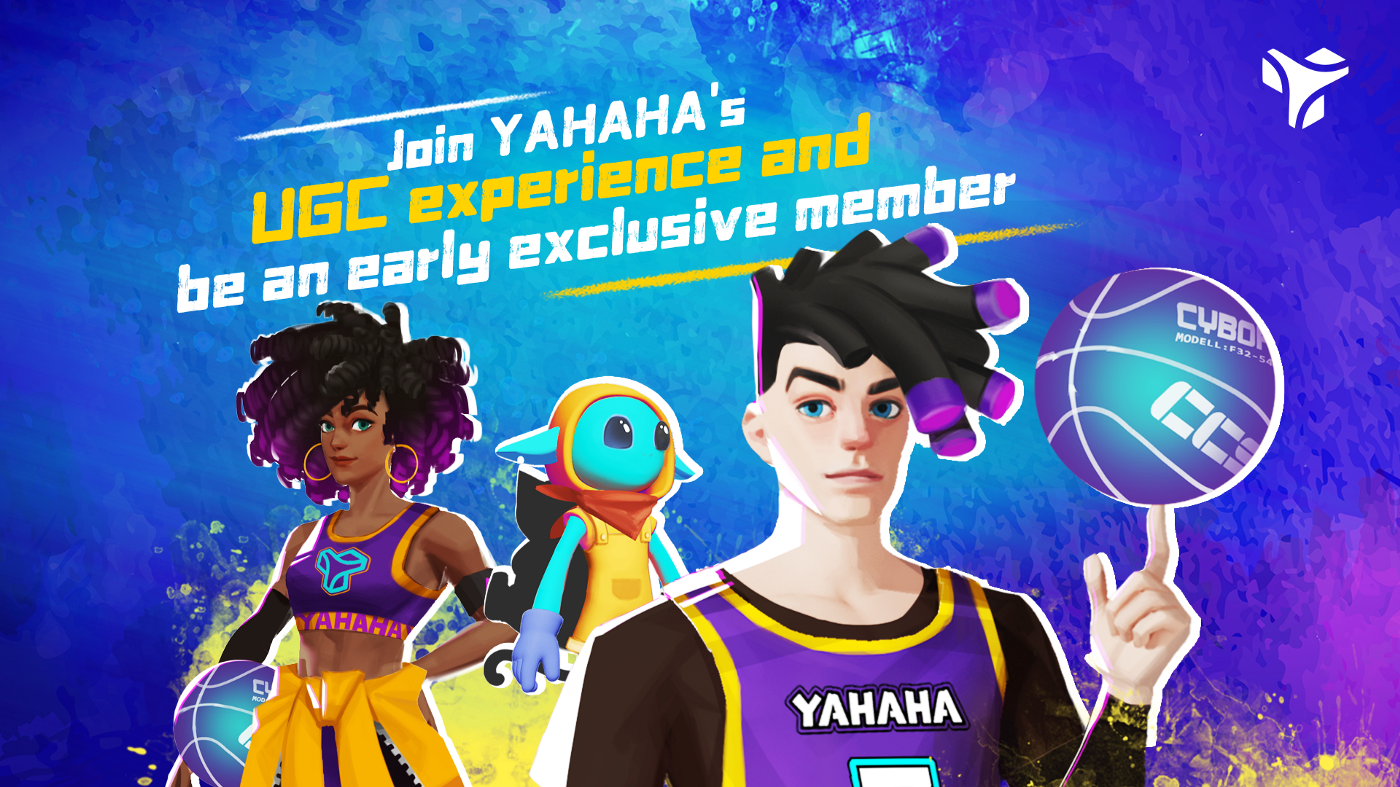 You can try out YAHAHA for yourself here, and join an awesome community of creators willing to help by joining YAHAHA’s official Discord server here