Praise the heavens, our CEO has declared himself "human like people". Humanity! Team! Read it to believe it... The imagined octopus with tentacular powers expressed in his wisdom and his multitasking capacity, is not, in fact, an actual octopus. He is Lázaro Raposo, with all his fragilities and human qualities, and in this interview, not only does his look back on Pecaminosa's development, but he also unfurls the curtains for what is coming next... Soccer This!


Pecaminosa has been launched. There has been new content added and, soon, will be coming to the missing platforms (Playstation 4 and Xbox One). What grade would you give the game?

Beyond the PS4 and Xbox One, I'd also like to mention our Physical Edition. There will be the Collector's Edition, with custom Pecaminosa poker chips, a notebook, a CD with the game's OST, and the game of course. For the smaller collectors, they can also purchase the game solo. It will be available for the Switch and PS4. It is very ungrateful to grade a game that has consumed so much of our time. It is my life's work? No. Is it the exact game we'd like to have made? No. it is a good game, with good elements that provide an interesting experience? Yes.

Having finished Pecaminosa, as strange as it might look for someone looking from outside, is an above-average feat on its own. Sometimes we have to balance the "possible" with the "desired". And the fact that, with a junior team, where most people had never made a game, we did a good job.

Our desert area has made some of our players despair. Did it have its logic or are you apologizing now?

It had its logic. The idea was to recreate a bit of what the environments around Pecaminosa would be like. And being a desert, it had to be an extensive area to give off the sensation of expanse of being in a desert, not the Faneca barrier. There's also the problem regarding the building of expectations. We sold the image of film noir considerably, and the somber and decadent ambiance.Have you wondered, if by chance the game took place completely within the city, how the impact would be on people?

Now, it so happens we've had to nerf some of the desert's enemies because it was the area that we saw there was a major unbalance. One thing we did right, was precise to give a quick response to bugs, nerfs, and other problems that became evident once the game was launched.

You've had the jobs of CEO, Producer, Game Designer throughout Pecaminosa's development... A difficult harmony, no? It is a sort of an autophagic process...

Yes, it isn't easy. There are moments where CEO Lázaro and Producer Lázaro can respond simultaneously, but there are times where CEO Lázaro is being called to solve an institutional situation, while Producer Lázaro is being called on the same moment to solve another problem, and there are people waiting for Game Designer Lázaro to revise an element. And we're leaving out the role of Game Director, by the way. Which, is the extension of applying the game design to the project. 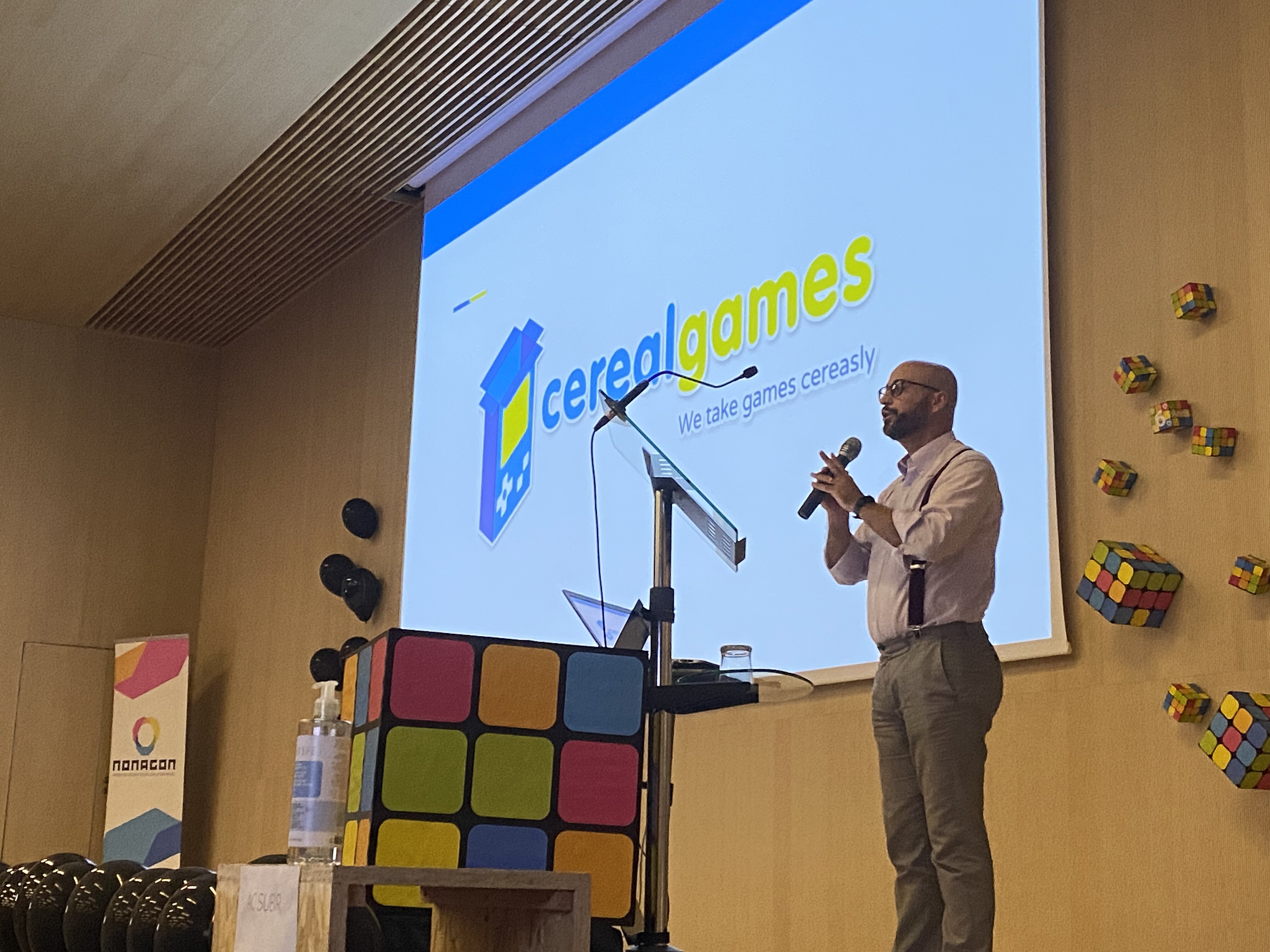 Looking in hindsight, what field do you think was more "devoured" along the process?

Lázaro. Undoubtedly the one who got more chewed up during the whole process. As Nuno Gomes would say: "I'm human like people". I know it doesn't look like it, and you don't believe it much... But I am. And this was a marathon with a sprint rhythm. Things are as they are. Cereal Games isn't Blizzard, that has more producers and assistant producers on one project than we have collaborators in total. 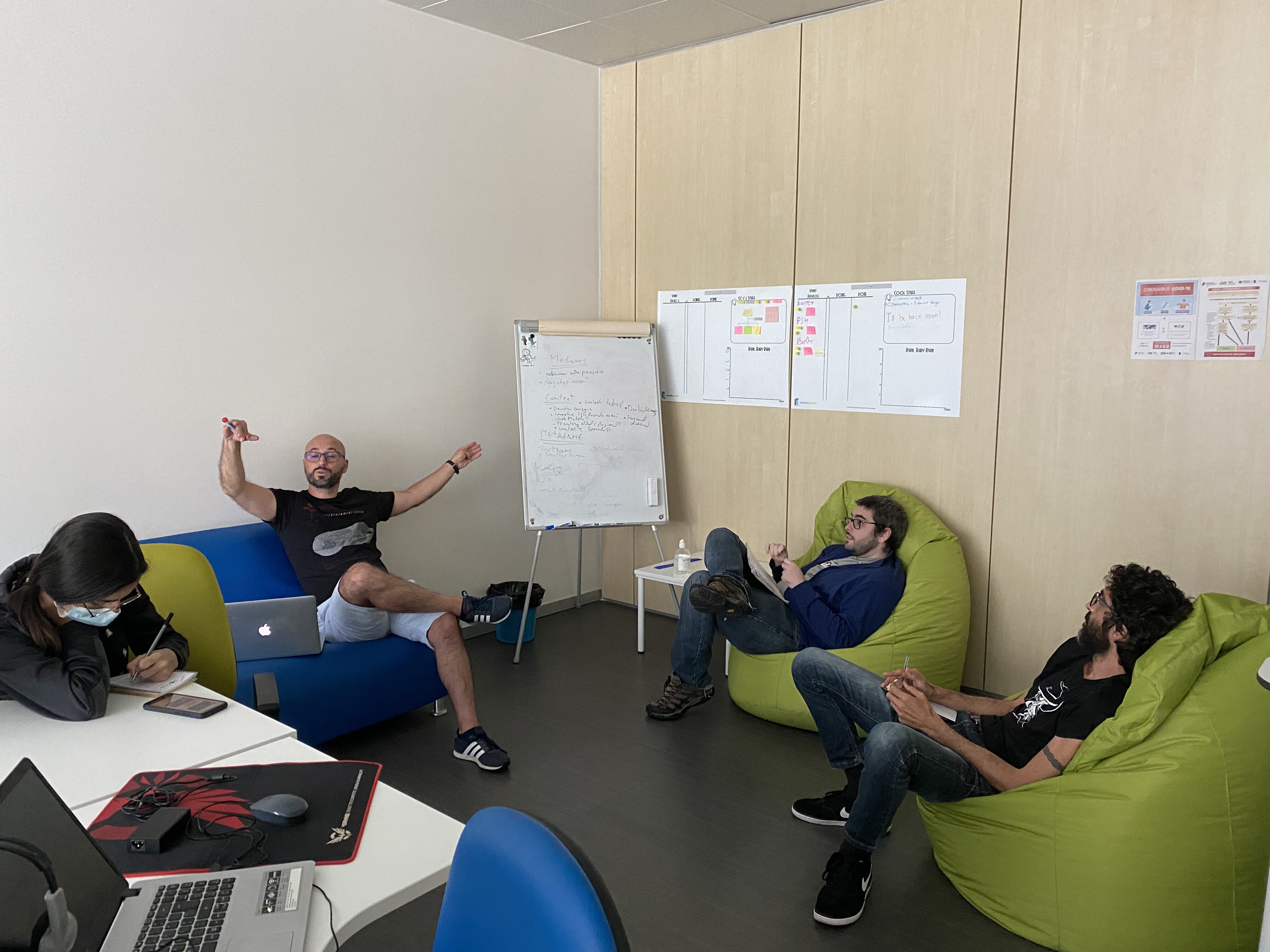 "Some games I prefer mouse and keyboard, like RTS for example, other I prefer the controller. In Pecaminosa's case, both work, but I initially designed it for controller"

Are you a mouse and keyboard guy or controller? 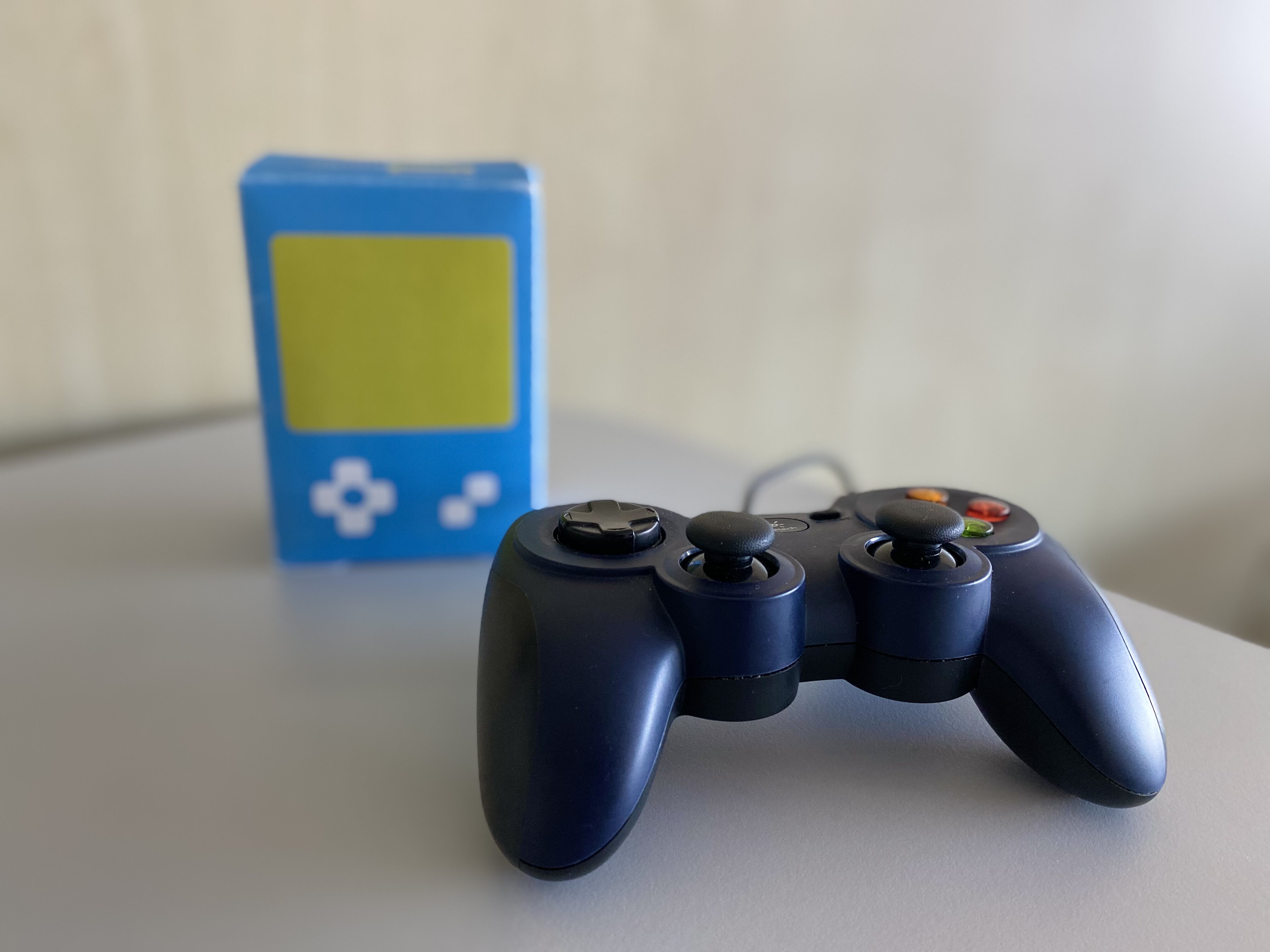 Best ever? Depends on the perspective. That has a lot to read into. I've read an academic article that considers Ocarina of Time the "Citizen Kane" of videogames. Tetris provides the same gratifying experience today that it did almost 40 years ago. Sid Meyer's Civilization. GTA V survived 3 console generations...My favourite game? I prefer that question. I'd have to say Warcraft III: The Frozen Throne. I'm an RTS fan, as well as RPGs. 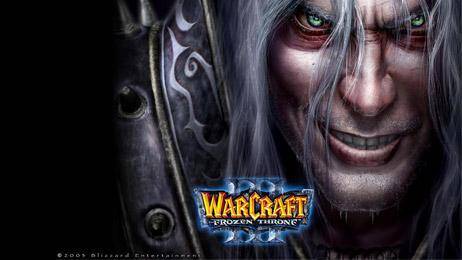 We've revealed Soccer This! on our social networks, Cereal Games' newest project. To those who don't know, what is it about? What development stage is it currently in?

It is a turn-based tactical game that combines Chess' strategic thinking with the dynamics of football. Right now, we've only got an MVP, and we're proceeding to a testing/focus group stage. Working out the kinks, we're understanding what works and what doesn't and how far can we go with this game.

"The biggest challenge is in the Live Ops. It is a game concept that's completely different from Pecaminosa, for example"

What so special about it and what challenges do you foresee in its development?

The biggest challenge is in the Live Ops. It is a game concept that's completely different from Pecaminosa, for example. Because mechanically, it is relatively simple to development. So much so that after 2 weeks we had those nailed down. What comes after, its true potential, like being able to create leagues with your friends, participate in world tournaments, etc., and making sure all those aspects work together... well... New grounds for us!!

"Soccer This! is a pretty old idea. Even before the founding of Cereal Games. I was still doing my Masters when I started sketching out the first ideas"

How did the idea for the game came to be and, by the way, how did the title came up?

Soccer This! is a pretty old idea. Even before the founding of Cereal Games. I was still doing my Masters when I started sketching out the first ideas. Initially, it was named Soccer Chess, because it was more revealing of the two aspects that comprised the game. But as there are no actual chess plays in the game, some Publishers suggested to let go of the Chess part of the title. During a brainstorming for the title, Soccer This came up. From Luisa's innocent words came the title with the most potential to work into our communication plans. 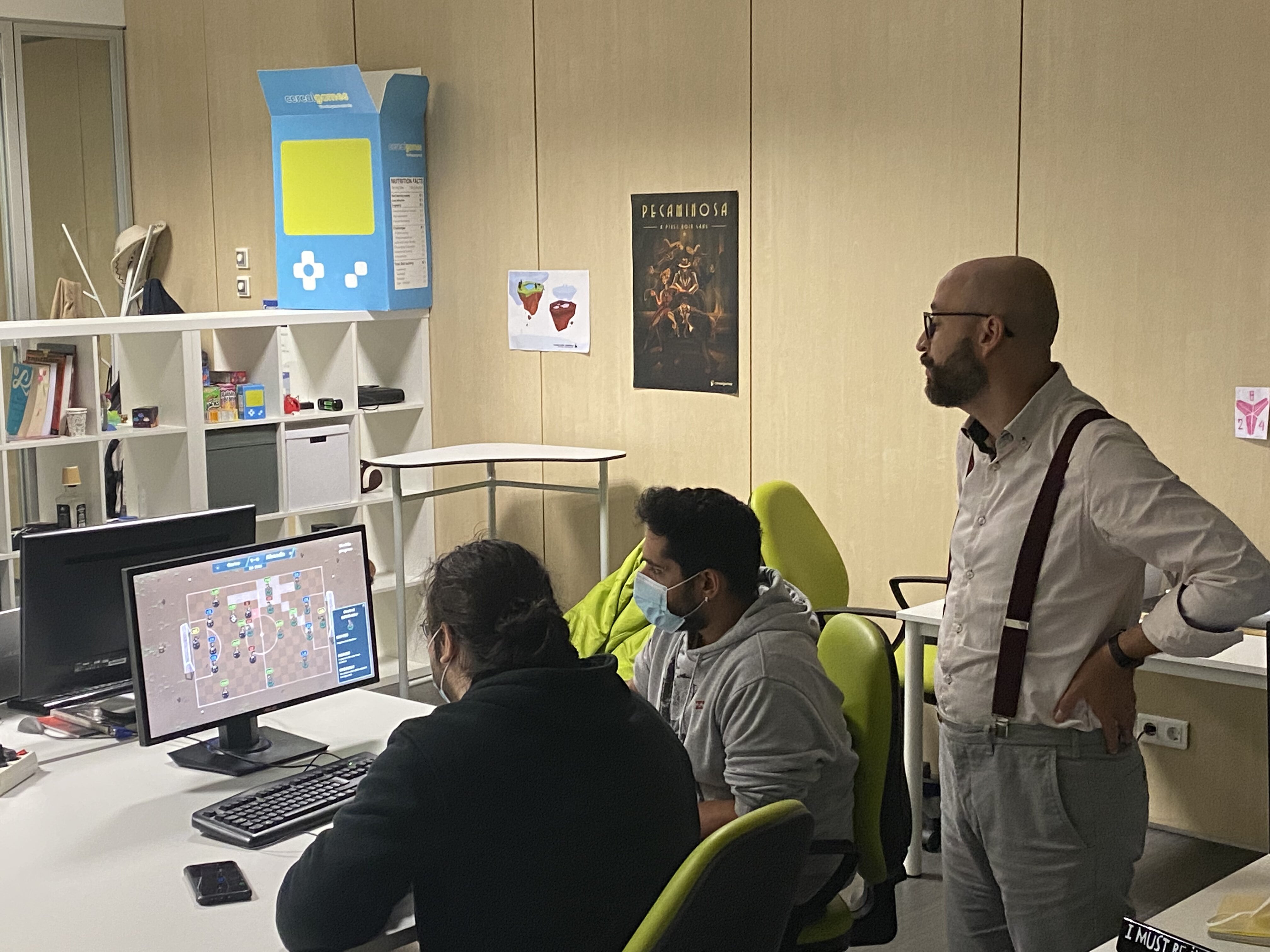 Is it a Champions' League project or a "European" Benfica?

It might as well be a project of the Águia dos Arrifes FC. We're currently testing the concept on a hand-picked group of people, to understand how far we can take it. There's one publisher that has shown interest, but at the moment, Cereal Games has several ongoing projects related to Gamification and Serious Games that will keep us busy for the near future. But while we finish those projects, some people can already Soccer This.