Game discount and some more SURPRISES!

Get Pecaminosa + La Soirée new content at a reduced price from today till Sept. 24th.

Pecaminosa – A Pixel Noir Game is at 15% off until September 24th, but there’s more: the “La Soirée” expansion is now available for anyone that currently own or wants to own the game on Steam! It’s the games natural conclusion and the epilogue that wraps up the game’s story.

And nothing like reminding you of the features that this free title update brings to Pecaminosa:

New areas and characters: There’s new places to investigate and more characters to interact with. You just have to avoid dying.

New minigames: on top of Blackjack, now there’s Poker and Slot Machines at casinos! Spending or winning… A simple matter of talent and perspective.

Different endings: You own the story… But how you read it, will dictate its ending.

Epilogue: Close the case. See the whole picture. Tie up the losse ends of a surprising and supernatural story that will prove to you just how weak the flesh is...

Two or more tries at jokes: We keep trying… 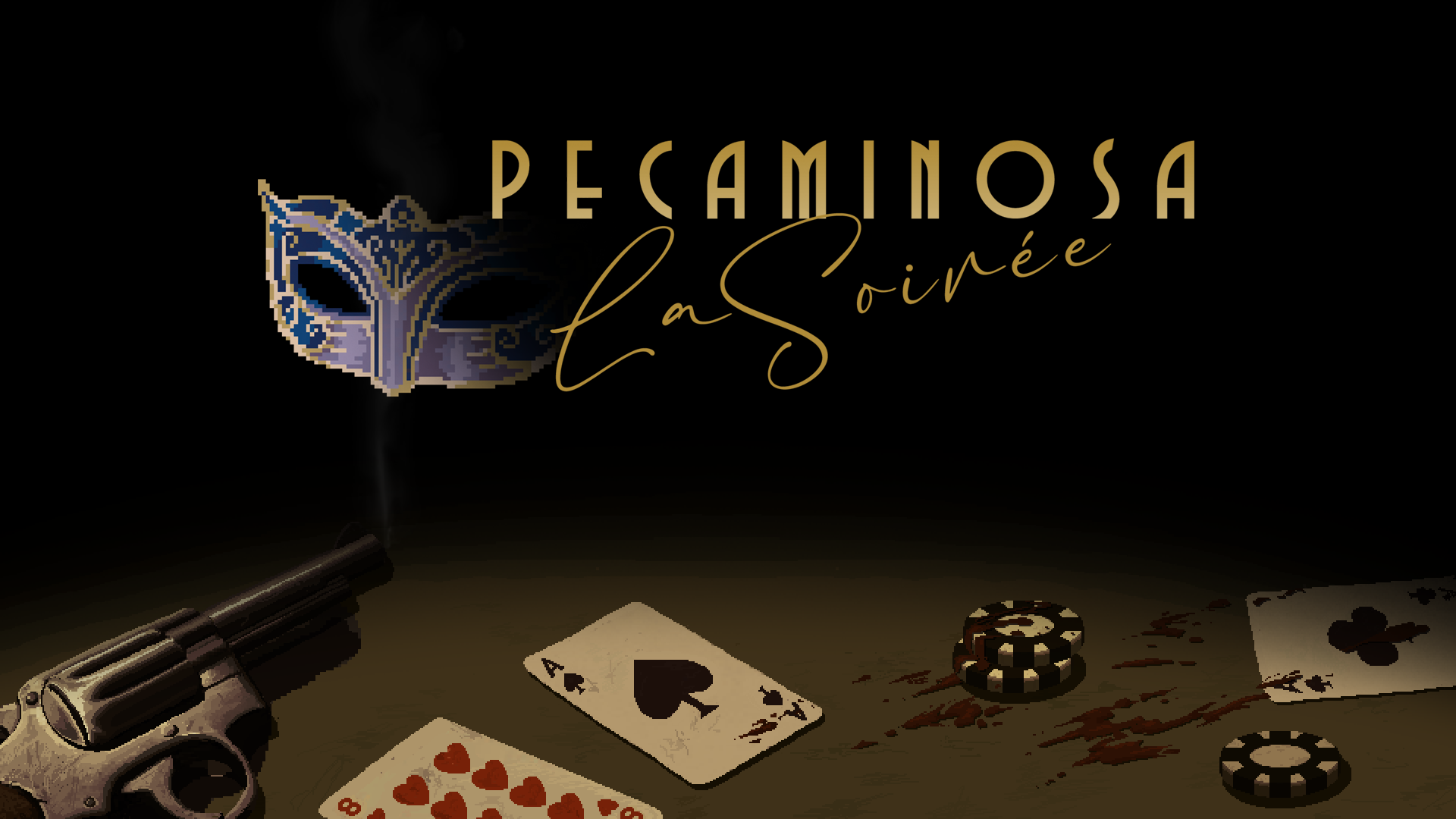 Another piece of news to add to the free title update. Starting today, all lusophone detectives will be able to play Pecaminosa in Portuguese.

In a way, it's a point of pride to be able to answer the several requests made to include our native language. We've always imagined our game would have the anglo-Saxon market in its main crosshairs. Lesson: we shouldn't think.

A hug from the Azores,